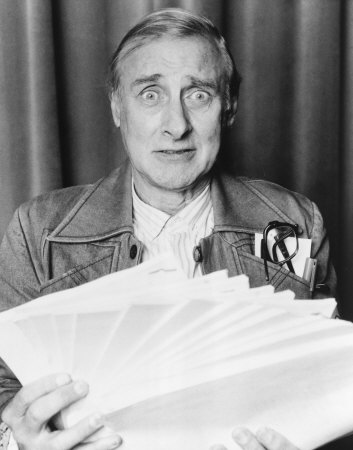 “All I ask is the chance to prove that money can’t make me happy.”
Spike Milligan

I should give the usual “correlation isn’t causation” disclaimer here. When I say rich people are happier than poor people, I don’t know if it’s the money that’s making them happy. When I say rich countries are happier than poor countries, I don’t know whether it’s the greater money that makes the average American happy or whether it’s the greater opportunities. Maybe it’s democracy, rule of law, or having functioning markets and political and social institutions.

Saying richer countries are happier than poorer ones seems obvious. Has other research found otherwise?

There’s something called the Eas­terlin paradox [named after University of Southern California professor Richard Easterlin], which claimed that while rich people are happier than poor people, rich countries are not happier than poor countries, and as countries got richer, they did not get happier. Now, what we [Wolfers and fellow University of Michigan professor Betsey Stevenson] did was study more comprehensive data. We looked at ­surveys, including the Gallup World Poll, of 155 countries covering 95% of the world’s population. It turns out that rich countries are indeed happier than poorer ones, and as countries get richer, they get happier.

Happiness research over the last decade has more or less concluded that we can in fact buy happiness, as long as it comes in the form of experience. The conclusion can be described thusly: spending money on things, no matter how elaborate, leaves us wanting more, while spending on experiences, especially with other people, yields long-term fulfillment. Good? Good.

Except maybe that conclusion isn’t quite good enough.

New research from researchers at San Francisco State University takes a wrecking ball to that neat dichotomy by suggesting that for many of us, spending money on experiences also leaves us wanting.

“Everyone has been told if you spend your money on life experiences, it will make you happier, but we found that isn’t always the case,” said Ryan Howell, an associate professor of psychology at SF State and co-author of the study. “Extremely material buyers, who represent about a third of the overall population, are sort of stuck. They’re not really happy with either purchase.”

The “extremely material buyers” Howell describes suffer a sort of fulfillment blindness about what purchases mesh well with their personalities and values. For these folks—and according to Howell they’re one in every three of us—buying experiences is really no more effective than buying things, because the experiences won’t accurately reflect who they are. In other words, no matter how they spend their money, they miss the mark of authentic “identify expression.”

If you look for advice about money on the Internet, you’ll quickly find the same tips presented again and again: Pay Yourself First. Avoid Credit Card Debt. Set Up an Emergency Account. I’m not going to knock any of this advice; it’s well-meaning and legitimately useful. I follow most of it myself. But all of it derives from a single piece of advice, the uber financial tip from which all others spawn:

Spend Less Money Than You Earn

Many people find this advice to be either really, really easy to follow or really really hard to follow, and it has very little to do with their morals, wisdom, or strength of character. The crux of it is that some of us simply earn more money than others, and yes, that’s sort of related to working harder, or making smart decisions, or having an education, but it’s also hugely related to luck. Were you lucky enough to be born to well-off parents? Were you born in a good school district? Were the subjects that you took a natural interest in in school deemed worthy of high-paying jobs by society?

But in many cases, people in serious money trouble are there because they can’t spend less money. Your kids gotta eat. Your car needs a new transmission or you can’t get to your job. You’ve tried harnessing your kids to your car, but they’re too weak to pull it, possibly from lack of food. So the groceries and the transmission and the stupid, useless harnesses all go on the credit card.

If that describes your situation, then I’ve got good news and bad news. The good is that, yes, money will absolutely buy you happiness. Having more money will relieve some of the stress that not having it causes, and that absolutely will make you happier. The bad news is that I don’t have any idea how to help you. I won’t insult you by suggesting that you could work harder. You probably already work much harder than me. And I’ll trust that you’re grown up enough to adequately separate your wants from your needs and aren’t spending more than you need to. So I don’t know. Good luck? Try not to get sick, I guess. In the meantime, look for cheap ways to be happy. Sunny days are free. Sticks can look like swords or guns.

If that doesn’t describe your situation, if you have “enough” money that you don’t stress about it every day, then you’re stuck. More money won’t make you any happier. Unless you …

Have you ever been bored?

You know, sitting in your room with absolutely nothing to do, nothing around that can hold your interest. Not your hundreds of dollars of video games, or the computer connected to all the world’s information, or any of the other toys that would make our ancestors shriek in wonder and bafflement.

The problem is that your things don’t provide lasting happiness. Playing a new video game is fun, but that only lasts 10 or 20 hours or so. Sure, you can keep buying new video games, but after a while even that will start to feel hollow. Replace video games with snowmobiles or jetboats or whatever toy tickles your fancy, but the principle will always hold. Things make you happy when they’re new. They’re just not new for long.

So what does provide lasting happiness? It’s memories, especially memories of cool things that you’ve done. If you’ve ever done something you could legitimately brag about, something that gave you a story that you’ve used to entertain people at a party, you’ll know this feeling. The memory of doing that thing will make you happy for years. So don’t use your money to buy things. Use your money to buy experiences. Go traveling. Go skydiving. Don’t drink beers in your bar; drink beers in some other country’s bar. Break into a zoo. Punch a giraffe right in the crotch. Use your money to hire the right lawyers and buy your way to freedom.

#2. Use It to Accomplish Things

Whether it can buy happiness or not, money can of course buy many, many other things. Things like butlers and martial arts lessons and underground lairs. That’s right: If you have money, you can become the goddamned Batman.

The happiest man of all.

OK, so maybe Batman isn’t that happy. But he is doing something, and for most people, that will lead to happiness. Far too many people spend all their time either trying to get more money or distracting themselves during their downtime. This is the demographic that reports that money can’t buy happiness. They’ve got money, and they sure aren’t happy. But if they instead tried to accomplish something more constructive than making more money, they’d almost certainly be happier. Actually building or accomplishing something can provide a deep level of satisfaction that no amount of jet skis or baccarat can match.

“These spats aren’t helping at all!”

This will require a bit of self-reflection to discover the things you’ll ultimately want to accomplish in life, but whether it’s a creative endeavor, some form of philanthropy, or becoming the goddamned Batman, you will absolutely find lasting happiness in accomplishing those goals. And whether it’s affording you the tools, the connections, or even just the free time to pursue these goals, those are things money definitely can buy.

But what if you just don’t want to accomplish anything? What if hard work and constructive activity are things that, in the parlance of our times, you can’t even? Is there any easier way money can buy you happiness? Oh sure.

#1. Use It to Make Everyone Else Less Happy

Recent studies have found scientific evidence that online trolls are sadists who take pleasure in inflicting pain and humiliation on various people. However distressing that may be to the rest of us, the pleasure those trollish sub-people feel is very real. That’s happiness, so if you’ve got more money than moral norms, look into high stakes trolling. Here are some ideas to get you started:

Buy a company. Don’t lay everyone off; that lacks imagination. Tell everyone to shift jobs with whoever sits immediately to their left.

Then fire the guy who sits on the leftmost side of the building.

When your car runs out of gas, leave it in the middle of the road. Go buy another car.

Park that second car right in front of the tow truck busy towing your first car, boxing it in.

Find the guy you fired for sitting on the leftmost side of the building. Ask him what his name was again. Name your new adult toy shop after him. Give him a job there managing it.

Clone a dinosaur. Ride it around. Pick up none of the droppings. Pay the fines gladly.

Let your dinosaur off the leash in the park.

Buy another new car. Let it off the leash in the park.

Give your dinosaur a job at your adult toy shop. Tell the guy there to make it work. Also ask him to come up with a dinosaur-themed name for the store. Ignore his suggestion. Call it Sexosaurus Ass.

Explain to the guy that he’s not fired, but he will have to change his name to Sexosaurus Ass now. When he refuses, tell him you admire his courage and that he’s still not fired.